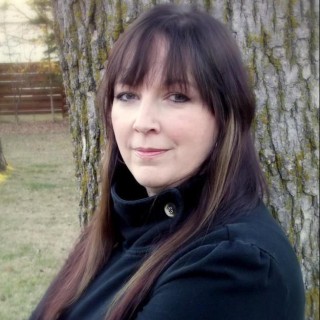 A professional writing tutor pursuing a BA in the Liberal Arts. Also dabbles in hocus pocus, believes ice cream sundaes should be a food group, loves black cats, and vodka.

Welcome to the 13 Days of Halloween

I haven’t looked back on my project proposal since the very first days of its existence. One of the reasons for this is that I felt I had a clear vision in my head of, not only what I wanted to create, but also what I wanted to achieve. I also felt that I would recall the important things I wanted to achieve, and maybe, the things I forgot simply wouldn’t matter. In my project proposal I detailed my idea for a Halloween blog, but not your average run-of-the-mill Halloween blog.

I chose a blog format based on the facts that my posts would be largely opinion based and it provides the best platform for discussions and interactions with potential readers.

The blog I proposed to create would center on the intent to celebrate Halloween for 13 days, as we have for many years in my household. It would include the following five pages as per my project proposal:

The choice of multiple pages was chosen for the specific purpose of being informative and easy to navigate for readers. With the blog, I would transfer my love, knowledge, and creativity for all things Halloween into weekly themed posts that contained opinion-based reviews, instructional ideas, and personal accounts. Weekly themes would be as follows:

These themed weeks, I believe, would help keep posts organized and focused and eliminate overwhelming the reader with too much information. Blogging was to be done a minimum of 3 times a week with each blog having a minimum 500 word count.

Each post would be engaging and informative with the inclusion of images and links to give the reader even more depth and insight to the topic at hand.

Weekly reports on this project were to be posted on the MissInformer365 blog site every Monday by midnight. For this reason, I had my week’s end on Mondays and begin on Tuesdays; however, I realized early on in this project that I did not document these specifics.

I was also writing my reflections under the misapprehension that reflections were to be a minimum of 500 words. In continuing with my proposal specifications for reflections, I would include complete honesty in dealing with all trials, tribulations, and (hopefully) a few jubilations as they are revealed. My final reflection was to be a compilation of blogging experience, reader interaction, and the afore-mentioned trials, tribulations, and jubilations. It was also to include any changes to the original plan and whether I intended to continuing blogging about this particular subject after all was said and done.

I would like to point out that going into this proposal; it was my intent to continue on with the 13 Days of Halloween.

What is a blog? Jill Walker Rettberg, author of Blogging, describes it as such: “Following a blog is getting to know someone . . .” (5). I think this introduction of oneself starts before the first post is authored. When setting up a blog, there are creative and stylistic choices that one makes at its conception: What theme will I choose? What color scheme do I like? How many pages and categories? What do I choose to say about myself as the author? What do I want my blogroll to say about me? All of these choices give potential readers insight as to who you are, or, who you want them to perceive.

Not all blogs are “what you see is what you get,” but rather the author of the blog might take on a persona—an extension of who they are.

Here are some of the choices I made when creating my persona:

All of these were choices that I made to not only set the tone for the reader but to let them know a little about me.

Rettberg goes on to say, “It cannot be read simply for its writing, but is the sum of writing, layout, connections and links and the pace of publication” (5). This is something I took into consideration when deciding how my 3 posts for the week would be revealed. I wanted that “different sense of rhythm and continuity” (5) to come through every time a new post was published. Here’s how I made that happen:

One thing I’d like to point out is that I was surprised by how easy this entire project came together.

I’m not necessarily referring to the technical side of things, but definitely the creative side.

Specific changes and interesting matters that came up

Making it accessible to all viewers:

From the very first publication of a blog post, it is my primary directive to gain an audience. I spend 10 hrs researching and writing blog content to develop a following. I want readers to be dazzled by my brilliance and leave comments and “likes” all over the place. Rettberg quotes David Weinberger: “On the internet, everyone is famous to fifteen people” (62). I, however, am famous to 1—maybe 2—people. And this can be seen in the comment and “like” areas of my posts.

But getting to that point of allowing comments and “likes” was a bit of a challenge.

This fascinating thing called a Blogroll:

“Many blogs have blogrolls that the blogger frequents . . . commenters will generally leave links to their own blogs” (64). I’ll be honest, when creating my blogroll I did not have a firm understanding as to the importance of a blogroll or how to make it work for me. So I threw some blogs I frequent on their and called it a day. The only comments I’ve had are from the BFF and she doesn’t have a blog, so that rules that one out.

And although I don’t link to conversations happening elsewhere, like Rettberg suggests, I do link to recipes, costume and makeup ideas, and decorating how-to’s.

The blogroll is definitely something I need to look at a little deeper, maybe really get in there and pick it apart to find out what key element I may have overlooked with this one.

Categories vs pages—there is a difference:

When it was time for me to make this happen, I turned to WordPress for direction. I read up on what exactly a category was, how it was organized and displayed, and if this would benefit my blog more so than multiple pages.

Originally, when doing the write-up for the project proposal, I had stated that I would create five pages all with their own particular theme.

This is not a bad idea, but once I organized my posts within specific categories and displayed them in a particular order in the menu, I knew this was the way to go.

What it All Means To Me

Rettberg states that when we imagine who is reading our Facebook page or blog posts, we are imaging a much smaller group than what the reality may actually be (84). To date, my stats show I have had 589 hits, May 4th I had over 60 views, and my most viewed posts are Cheers Witches (47), Walk Like You’re a Zombie (53), and A Brief History on the Origins of Halloween (42).

I know for a fact these aren’t all coming from the BFF.

I’ve also had 1 site I linked to send me a “thanks for linking” comment. I’m not going to lie—that was pretty exciting for me.

“Twitter, Pinterest, Facebook and Tumblr can all be described as blogs and maintain some of the key features of blogs: individual users can share text or images or other content with each other” (66). When starting any new endeavor, I understand the importance of getting the word out.

That’s why every time I publish; I send a link to my Twitter account, Facebook, Tumblr, and Linkedin. I do this in the hopes that someone out there will see my link and give it a click.

Linking not only to other people’s blogs but also my own:

I actually got the idea to do this from another blogger by the name of Donald Clark. When reading several posts on Clark’s blog, Donald Clark Plan B, I noticed he would often, not only link to other sources and bloggers, but he would also link to previous posts of his own.

I thought this was a genius move on his part because it got readers to read his older posts as well as his most recent.

And so, when I would work on a post, instead of repeating an idea, I would simply tell the reader they could check out similar versions or DIY’s here and add a link to a previous post.

Two years ago I thought I’d like to start a blog. I never did. I was too overwhelmed with choices and ideas and I also had absolutely no clue as to how I would go about developing something with the potential to possibly be something great.

The only thing I did know for certain was that I didn’t want to slap something together with nothing more than pink candy floss, an inkling, and the BFF.

This class—this project—has shown me through example, analysis, and an arduous process, what exactly it takes to produce something that just maybe worthy of a hit, view, comment and/or “like”, and possibly that coveted “linked to”.

In my proposal, I state my desire to continue on with the blog at the project’s completion and my own curiosity as to whether that would remain the case once finished. Knowing what I know now about having a blog and the amount of time and work that goes into creating each post, I would have to say that my original desire remains unquelled.

A Halloween blog sharing knowledge, creativity, and craftiness in all things Halloween.

Kendra's not so creative blog title.

Follow my journey through a Weblogs and Wikis course at THE Bemidji State University. #en3117

Why be the average

Cries from the Northwoods

An expansive journey through an experienced mind.

4 out of 5 dentists recommend this WordPress.com site

Keeping it Real with a Not-So-Real Housewife

Ramblings from the ND

A student's account of school, day to day with whatever life throws at her.

The Ramblings of an Introverted Insomniac

"Out of clutter, find simplicity. From discord, find harmony. In the middle of difficulty lies opportunity." -Albert Einstein

Confessions of a writer's inner editor. Learn the do's and don'ts of grammar and writing through example.

The Art and Craft of Blogging

The latest news on WordPress.com and the WordPress community.